KUALA LUMPUR: The Saloma Bridge will be lit up in the blue and yellow colours of the European Union (EU) flag and the national flag of Ukraine until midnight.

Europe Day, observed on May 9 annually, marks the day French Foreign Minister Robert Schuman proposed for France and Germany in 1950 to jointly produce coal and steel as a starting point towards peace in Europe.

The proposal, known as the Schuman Declaration, eventually led to the creation of the EU.

The Russian invasion of Ukraine took centre stage for this year's Europe Day celebration, as the EU ambassador to Malaysia Michalis Rokas, together with 14 ambassadors and representatives of EU member states, reaffirmed their solidarity for Ukraine. 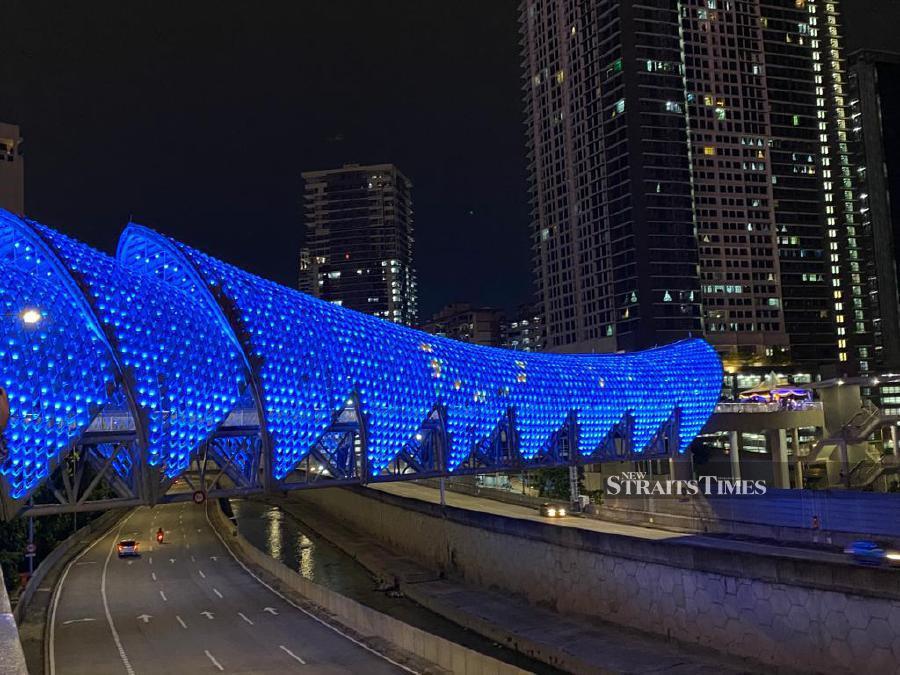 The Saloma Bridge lit in the blue colour of the European Union flag and the 12 yellow stars to mark the 72nd Europe Day on May 9. - NSTP/ DHESEGAAN BALA KRISHNAN

Rokas described Russia's aggression against Ukraine, that started on Feb 24, as a "battle between humanity, humility and depravity".

"The EU is built with a strong belief in the independence of nations, their right to self-determination and to decide their alliances, and their right to not be aggressed.

"This is totally a war of choice as there was no provocation or reason behind it. All of us here in Kuala Lumpur stand in solidarity with Ukraine," he told reporters at the Saloma Bridge, here today.

Ukrainian ambassador to Malaysia, Olexander Nechytaylo, who joined the celebrations, said the blue and yellow colours of the EU and Ukrainian flag stand for the values of freedom, democracy and liberty.

"It is devastating that the slogan 'never again' did not materialise in the 21st century.

"However, I believe the hardship that my country is going through is very important to make sure that no dictator or authoritarian regime would be able to impose their views and choices on other nations in future, be it in Europe or in other parts of the world," he said.